Manfred Meyering is the founder and CEO of
Automotive Management Partners.

Raised in Germany, Manfred was brought up understanding the value of a quality education. He went on to earn masters degrees in both Business Administration and Mechanical Engineering, and in 1991, Manfred moved to the US, and began his professional career as a buyer at Volkswagen of America in Detroit, Michigan.

That position launched Meyering’s career in the automobile industry, and in 1993, he was offered the opportunity of becoming the Purchasing Manager at the new FAW-Volkswagen Joint-Venture in China. With that invaluable experience under his belt, Manfred continued his career holding various managerial positions in Germany, Portugal and China in the areas of Program Management, Engineering, Launch-Management and Business Development.

In 2004, now a seasoned veteran in the industry, Manfred was responsible for the launch of a new car plant at FAW-VW in Changchun, China, with an overall investment of € 500M and an annual capacity of 350,000 cars per year. The launch was successfully completed within 2 years.

Following the launch, Manfred stayed with VW, serving as the Director of Business Development for Emerging Markets. In this position he developed business opportunities for their commercial vehicles, mainly in China, Russia and India.

In 2007 Manfred left Volkswagen to explore new endeavors and became the CEO and shareholder of a medium-sized German Specialty Vehicle Manufacturer. Under his leadership, the company expanded internationally and formed a Service Organization in Germany, Austria and Switzerland. When an offer too good to pass up was presented, Manfred successfully sold the business, in 2010, to a strategic investor. And it wasn’t long after when the idea for AMP was formed. 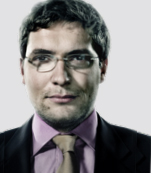 As a German National based in Atlanta, Benedikt Ibing has built a reputation for handling transitions in leadership, crisis management and OEM-supplier negotiations, all within the automotive industry. His mandates range from short term advisory on negotiation issues to multi-year interim management positions with key suppliers to German and US based OEMs.

Benedikt’s reputation is built on a keen sense of urgency, a clear view for what really matters, high tolerance for situations of extreme pressure and personal reliability. His customers value the speed in decision-making and result oriented assignment of responsibility that guide his management style. In addition, Benedikt’s ability to align teams behind the right cause and getting motivated results has earned him respect from mechanics and line workers all the way to board level decision makers and company owners.

When it comes to specialties, Benedikt’s deepest experience is in sales oriented project management, crisis negotiations and profitability achievement. As interim manager of ATN Hoelzel LP, a Germany based integrator of robotic glazing cells, he has managed a complete turn-around. After having restored the customer relationships and bringing the projects into the profit zone, Benedikt stayed on to integrate large Ford and BMW orders and finally brought the entire business into profitability. Benedikt built strong relationships with Ford Motor Company in all North American Plants, VW in Chattanooga, Daimler near Tuscaloosa, Tesla in the Bay Area and expanded his network at BMW.

As manager for MVI Proplant Inc., a plant engineering company based in Wolfsburg, Germany, he served twice as a transition executive and helped secure new projects with BMW in South Carolina. Here too, he had to negotiate several crisis situations and steer the company into profitability.

Before coming to the United States in 2001, he served in the German Army’s High Altitude Crisis Reaction Forces. His education includes a dual Bachelor in Management and in International Business from Villanova University and an MBA from Georgia State University.

Prior to the inception of AMP, Manfred Meyering was using his 20 years of automotive experience and know-how working as an Interim Manager and Consultant for various auto companies. But once an overwhelming number of clients began seeking his services, he realized the growing need for experienced leadership. He identified other talented managers and leaders in the industry and formed a team, with the goal of being able to help automotive companies through their toughest challenges, on a larger scale.